Learning about a whole new culture, interacting with locals and knowing what their lives are like can be a remarkable experience. What can make it even better is when the cultural exposure isn’t one but two ways. Association of Friends of France (AFF), an exchange programme between people of India and France, has been promoting this kind of give and take of culture between the two nations for the past 50 years. AFF, which has its centres in Pune and a few other cities of Maharashtra, Gujarat and Assam, is having its golden jubilee celebrations today. Its logo, website and information brochure will be published today.

THE TAKEOFF
AFF was started by Dr Achyutrao Apte from Pune and Father Guy Deleury from France in 1967. Apte, who had gone to France to pursue higher studies, took a liking to the culture, social life and education system there. He met Father Deleury in Pune, who was equally fascinated by the Indian culture. So they began an exchange programme, where people from France could come and stay in Pune and vice-versa, hence starting AFF.
Today, it has seven centres in Pune, Nashik and Mumbai in Maharashtra; Bhavnagar, Ahmedabad and Vadodara in Gujarat; and one in Assam.

A SYSTEMATIC EXPOSURE
When the French arrive in Pune as part of the AFF programme, they are given a three-week schedule. “Each individual stays with a family and gets to spend time with them in the evening and on weekends,” says Pradip Kopardekar, Trustee at AFF. “We send a bio of the individual to the respective families they will be living with — such as their interests, foods, profession, etc which will help them spend quality time and learn about the culture,” he says adding, “The batch for this year has already arrived and we will also be taking them to Pune Municipal Corporation on August 15 to witness the flag hoisting.”

Two groups (12 each) arrive in Pune in February and August every year. The cities they live in are chosen on rotation. AFF has a counterpart called Perspective Asians (PA) in France, which attends to the batch of Indians (24 in one) who visit in May.

NOT A TOURIST, A LEARNER
That said, AFF is no travel agency. “Our objective is for people from both countries to learn about the cultures and life in the other city, and when they come back, practise it in their own home or city. It can be anything, from their habits or social responsibility to something from their field of work to environmental awareness,” says Kopardekar.

However, not everyone gets to indulge in this cultural experience. The CV of each applicant is closely scanned and some candidates are narrowed down for an interaction, during which the background, purpose of visit, etc are asked before selecting the final applicants.

THE GIVE AND TAKE
“The French are enthralled by the museums, forts, temples, sarees, mehendi, yoga, classical music instruments. They enjoy the food too, but sometimes it proves to be too spicy for them, however, there are a few favourites like Puran Poli. The climate being too hot is also a bit bothersome for them,” says Kopardekar and continues, “On the other hand, Indians find the food in France bland. A major difference is that the French will easily trust you. For instance, they will give you their house keys and ask you to be comfortable till they come back, something an Indian family will seldom do.”

Kopardekar goes on to explain that the French are overwhelmed by our hospitality and family ties and values. For them, who begin to live on their own and away from the family from the age of 16, the fact that a married son still lives with his parents strikes them as unique. Also, the French people have a habit of air-kissing your friends or dear ones, one we find mildly uncomfortable.

And of course, Indians love their farms, scenic beauty of the cities, especially when they are lit up in the night, and their cheese and wine. 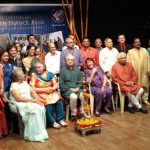